Ideas for how to make ourselves known at events

I've commented in another message about about holding a booth at AFOLcon somewhere in the future and I'd like to expand on that.

Of course, having an actual booth may prove difficult, depending on the events. Most will gladly give you room to show your creations, but having a booth just to advertise something as bricks.SE may be overcooking it.

But of course, if we happen to have a booth to display some creations, we might as well publicize SE a bit. What's the proper way to do that? "Business cards" seems an obvious first step, but what should we have on them? Are there any official guidelines from the overlords on that matter? I imagine other SE sites do something like that regularly.

Another LEGO-specific idea is to build a QR code with white and black tiles, which work perfectly for people with a smartphone and doesn't take up much display room.

What if we're attending events as guests? I'll go to Fana'Briques this year (as every year), but due to the ever-increasing popularity of the event and overbooking, I won't have a stand of my own (just a few GBC modules, if that); so what can I do there to promote bricks.se?

If we're going to hand out business cards, we might as well try to find a design everybody agrees with.

I live about 3 hours away and would like to attend the exhibition but I have no experience as an exhibitor.

-Woot!- I'll be attending BrickCon. It will be held at Seattle Center on Oct 6-7 of 2012 at the same time as the Great Western Show. Maybe @Ambo100 and I could do something to promote Stack Exchange from opposite ends of the pond? I have an idea regarding possible swag that we could hand out during the conventions... How about a couple of different color LEGO tiles imprinted with the names of several StackExchange sites? Nobody I know throws away free LEGO. I still have my Major Stackings brick from the badge I got at last years event. :)

EDIT- I had a great time at BrickCon 2012 in October. You can read about it here. I touched base with Stack Exchange before I went and SE was kind enough to send me a little SE swag to hand out while I was there. They even paid for my admission(Thanks Anna!). I wore my Major Stackings badge with gusto.

Certainly there are some resources around to help Stack Exchange sites with some "real world" promotion:

If we can come up with some sensible ideas, we can start talking about support if we need it, as well as materials, swag, etc.

To get a better idea of the process involved take a look at the 'Supporting Community Conferences' post on the Stack Exchange blog.

The Stack Exchange network ethos seems to be based on experts, so our target equivalent would most likely be experienced model makers and public speakers. People who get as much out of discussing LEGO bricks as they do building with them.

You mentioned QR code... Here it is: 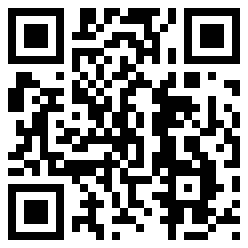 I'll be displaying some (very crude) posters/flyers with unanswered questions and a link (+QR code indeed) to answer them at the LEGO Fan Weekend in Skaerbaek, I'm curious to see if it will generate some traffic.

The design is rather simple: a big "WANTED" headline, then "Do you know: "+ unanswered question, followed by a pic and the link to bricks.se. I can upload the PDFs somewhere if someone wants to see/use them, but two of the links contain my userid so you'll probably want to make your own flyers.

Also keep in mind the online aspect; As far as I've seen, a link is worth a thousand off-line words!

If we start showing off our custom Flair(tm) from our profile page, and that has Bricks.SE on it, somebody is going to be interested.

Also, there are plenty of forums and other sites where people ask about LEGO. All we have to do is provide a link to an answer for their question, and they're hooked!

Not the answer you're looking for? Browse other questions tagged discussion site-promotion .

13
FYI - informed LEGO of the existence of bricks.se
2
Are questions on the sociology of Lego fan culture on topic?
5
Should we try to get all Mindstorms questions from robotics.se?
4
AFOLCON / BRICK 2014 - Sponsorship Proposal
16
Win a LEGO set prize for participating in Winter Bash 2017! (Ended)
5
Are all these edits really necessary or even helpful?
2
Community's view on old question grammar edits