Fishy views on a user's questions

I noticed a new question was receiving a surprising number of views for a question only a few hours old with no answers (and no votes as of this writing). So I looked at the question tab on that user's activity, waited a few minutes, and reloaded the page. To my surprise, the views for several of the user's questions increased dramatically. 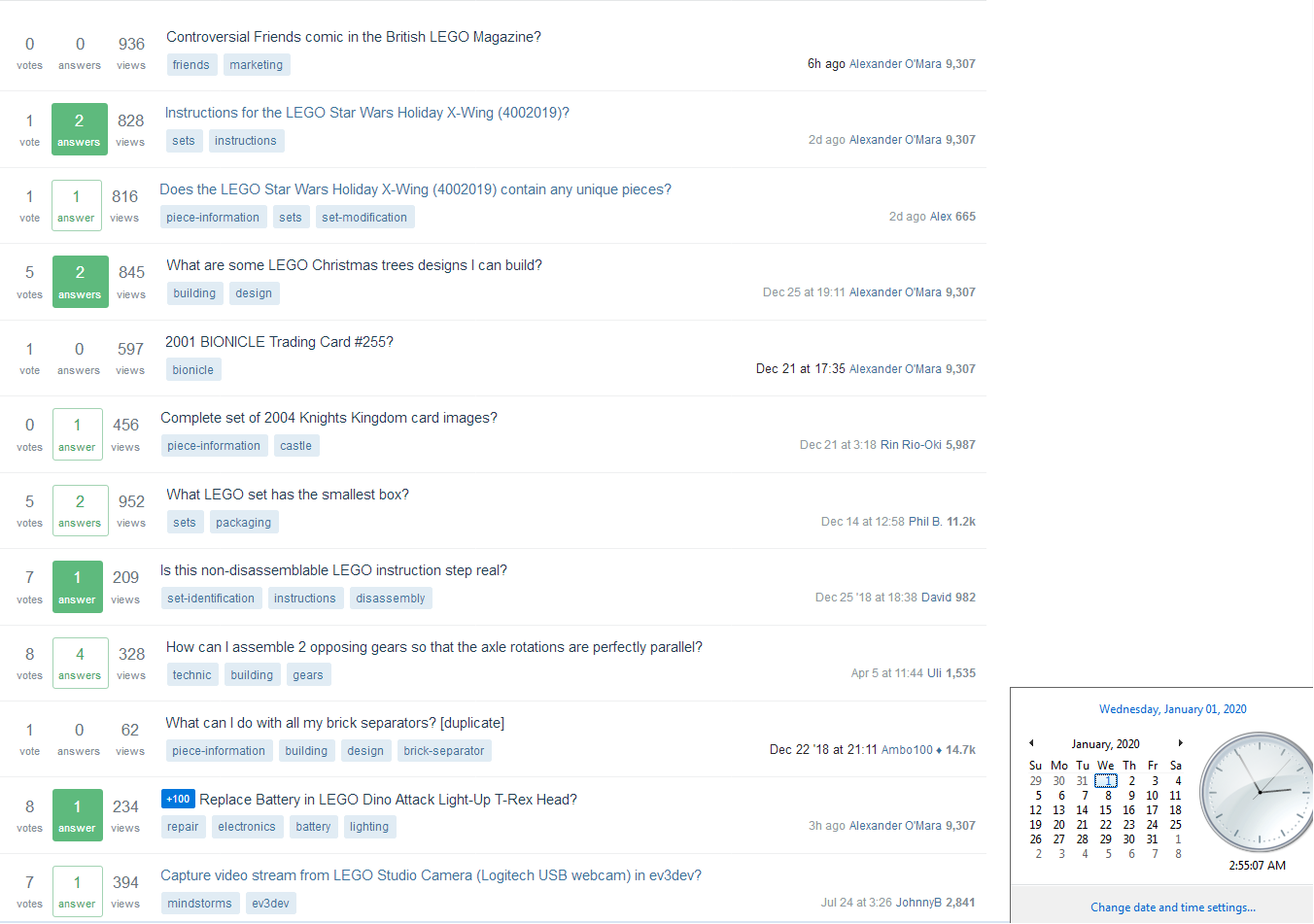 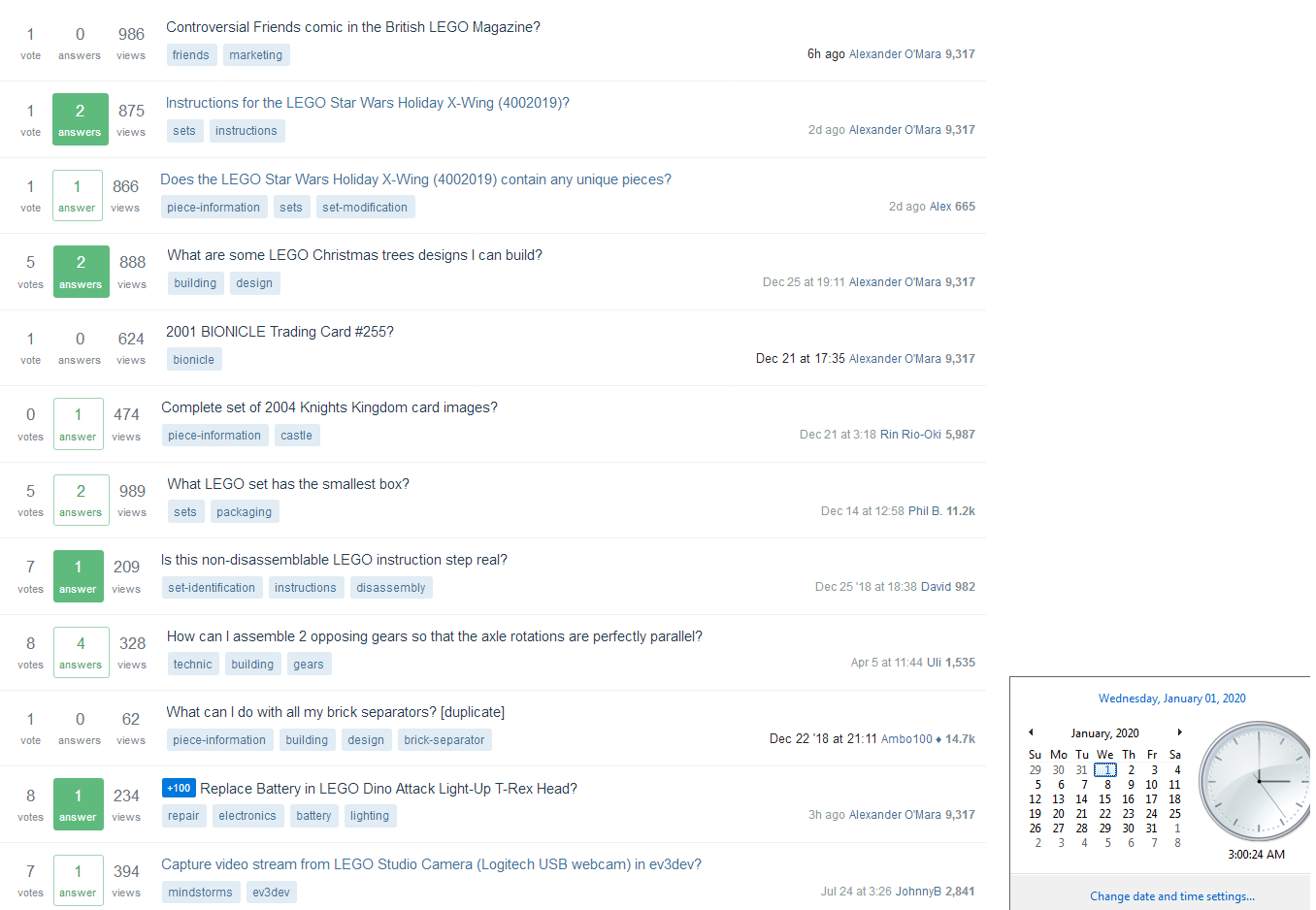 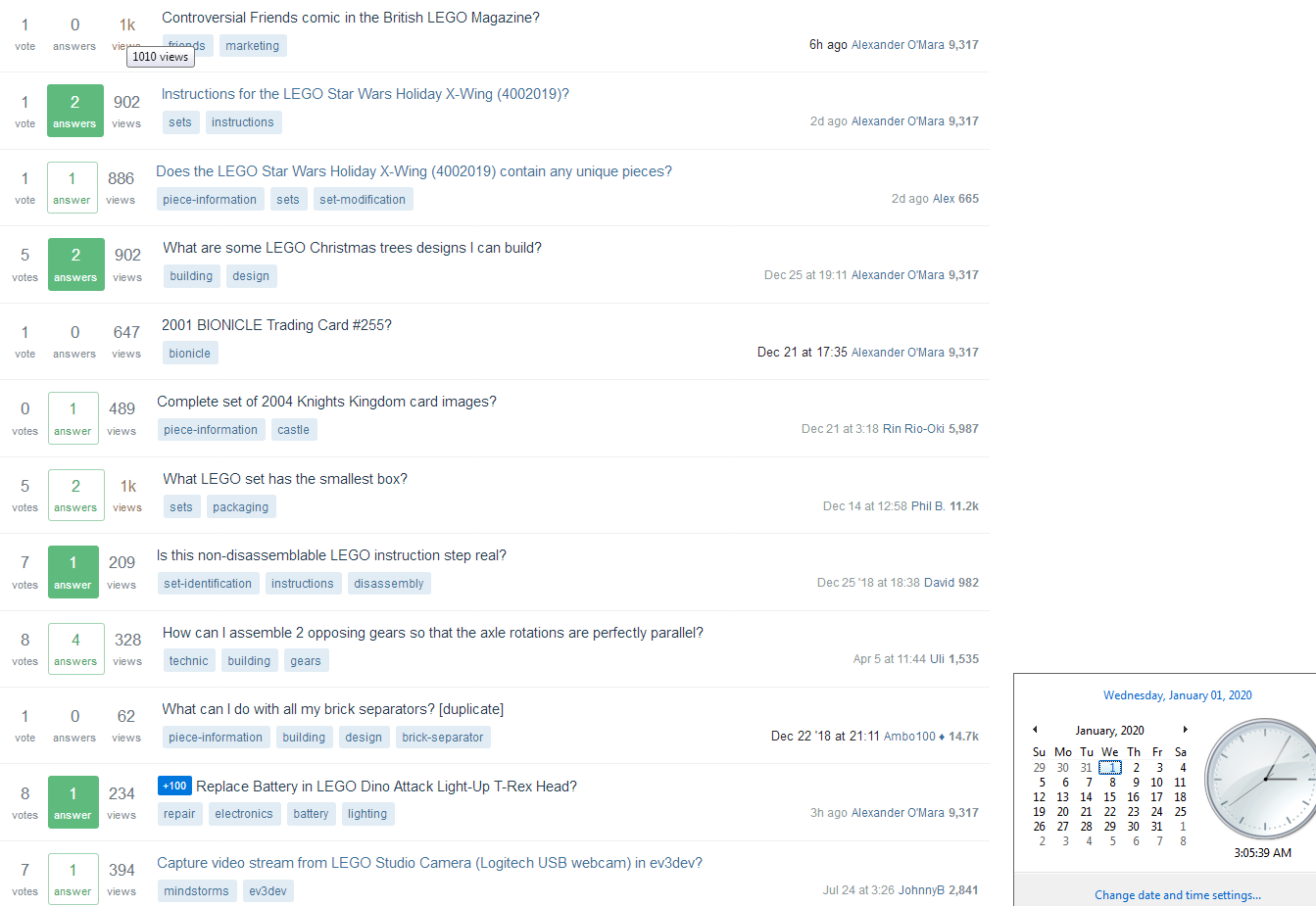 The views per question can be summarized as follows:

Notice the bottom five questions in that table. Those question were ask before the Winter Bash and the views did not change at all, while the newer questions have gained ~100 views each in ten minutes - interesting.

For reference to see just how unusual this is look at the questions page. Normal questions on bricks are getting between 25 and 90 views. HNQs get a lot more 100 though 12000!, the normal number being around 1000 views.

I marked up a screen shot of the questions page, all of Alexander O'Mara's questions are in red and I notated all of the HNQs (When a question becomes a Hot Network Question it is logged). There is no question with over 90 views that was not a HNQ, except for Alexander O'Mara's.

Now this part is pure speculation. However it looks like there are phony views being directed towards this user's questions in order to get the "Fashionable" hat.

get over 9,000 combined total views on all questions that you asked during Winter Bash

This probably has something to do with the competition, and the user being in second at the moment... Kind of sad if this is what is going on.

Since I have access to the logs, I spent a few minutes digging through this. Not a full-on investigation, just enough to see if there's fire behind this smoke...

My recommendation: ignore the view-based hats for the purpose of this contest and just have fun.

One of my concerns about this competition was how high level users or moderators had a huge advantage over regular users as they could easily get certain hats without much scrutiny. Such as the hats that require you to close a question, edit it, and re-open it.

The goal of this competition has always been to facilitate positive engagement on the site and to celebrate the holidays. I believe the threshold of getting three hats (as in 2017) was enough to be achievable to everyone with a suitable amount of effort and hopefully it would have lead them to participate more to contribute on the site.

Unfortunately I cannot verify the claim that some questions could have had their view counts manipulates. As a moderator, the only relevant tools I have access to are very general viewing statistics and suspicious voting patterns (which in this case does not apply). It might be possible for Stack Exchange admin staff to verify suspicious views but I am not sure that would be the fairest solution to this problem.

It looks like David and Alexander O'Mara are currently tied for first place at the moment so it is down to a coin toss as to who will win.

As the competition is very nearly over, I think we should consider how we can make the event as fair as possible next year, assuming it will be held again at all, considering how the event was mostly a repeat of previous years events.

Not the answer you're looking for? Browse other questions tagged support status-completed winter-bash questions .